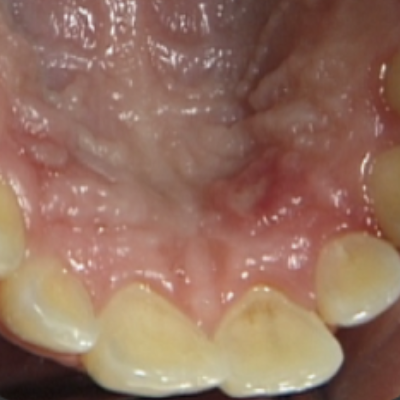 Background: Specific pathogenic bacteria have been implicated in recurrent aphthous stomatitis (RAS), a chronic inflammatory condition characterised by ulcerations in the oral mucosa. However, the aetiology behind this condition still remains unclear.

Objective: The buccal microbiota of patients with RAS was compared to that of control subjects to investigate its potential role for this condition.

Design: Buccal swabs were obtained from non-ulcerative areas of 60 patients, of whom 42 patients had lesions at the time of sampling, and 60 healthy age- and gender-matched controls. Bacterial DNA was extracted and analysed by Terminal-Restriction Fragment Length Polymorphism, using enzymatic digestion of the polymerase chain reaction- amplified 16S rRNA gene, yielding a series of peaks, each representing a bacterial taxon.